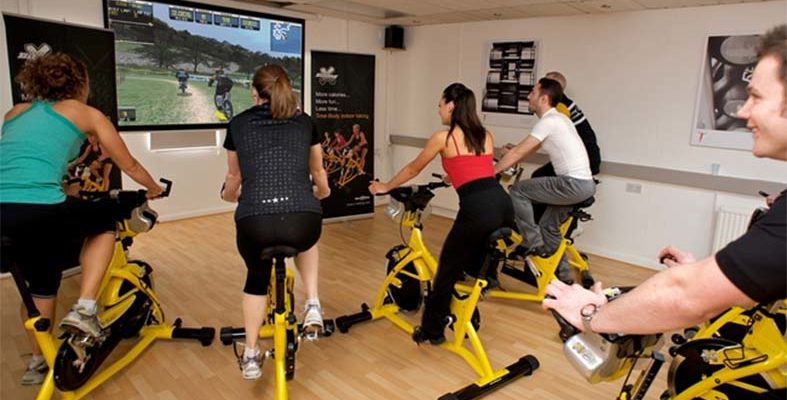 Last week, Cyclingnews reported that British Cycling had disqualified its first e-racing national champion, Cameron Jeffers, who not only lost his results but also received a six-month ban (from both e-racing and regular racing) and a fine of £250 ($319 USD). British Cycling’s integrity and compliance director Rod Findlay told Cyclingnews, “Defending fair play in our competitions is at the core of our responsibilities as a governing body. The fact that we have been able to investigate the offence and uphold the charge reflects the strength of our new disciplinary regulations and our determination to pursue misconduct.”

If you haven’t been paying close attention to the rise of virtual cycling as a competitive sport, you may be less surprised by the cheating than by the revelation that there’s such a thing as as a sanctioned e-racing national championship in the first place. Indeed, the competition was devised and run by Zwift, the popular multiplayer game-slash-indoor-training virtual cycling platform, and it’s got a whole bunch of rules, including a requirement that riders be members of their respective National Cycling Federations, and that they must have valid racing licenses in order to be crowned National Champions. Gaming the system by inputting an inaccurate rider weight, or even swapping genders, is commonplace enough within Zwift that the company has an “anti-doping agency” it calls ZADA, to catch cheaters. But Jeffers took a different tack: Zwift users can unlock equipment upgrades by completing challenges, so he wrote a bot that tricked the platform into thinking he’d done a shitload of virtual climbing. This gave him access to the coveted Tron bike, which is more “aerodynamic” in the game and thus faster.

Even if you’re one of those luddites who eschews indoor cycling, it’s impossible to ignore the popularity of Zwift. It was only natural that it should evolve from a training tool into a competitive endeavor unto itself. At the same time, Zwift’s integration into competitive cycling is also somewhat vexing—not because virtual cycling isn’t “real” (I mean, who’s to say what’s real anyway?), but because Zwift is a private, for-profit company, which means cycling has entered a strange new world in which its governing bodies are now sanctioning a discipline that takes place entirely within the framework of a single corporation’s proprietary intellectual property. In other words, Zwift cleverly seems to be positioning themselves as an event organizer, a discipline, and a venue all in one.

Of course, esports are already a billion-dollar industry, governing bodies working with video game makers is nothing new, and leagues such as the NFL are investing in their digital counterparts as the real sporting world and the digital sporting world increasingly converge. But it somehow feels more intimate in cycling, where everything’s on a smaller scale: Electronic Arts (publisher of esports games that simulate “real sports,” like FIFA, Madden, etc.) is one of the largest gaming companies in the world, whereas Zwift is still in startup mode by comparison. (EA does about $5 billion in annual revenue. Zwift has raised $166 million from venture funding.) Furthermore, pro cycling itself is not exactly the most popular sport on the planet, some countries in Europe notwithstanding. Many pro cycling fans also happen to be riders, and virtual cycling still requires you to cycle, whereas other esports are so focused on hand-eye coordination that competitors play them in souped-up office chairs.

So is this relationship between Zwift and competitive cycling too intimate? Does it make sense for national cycling federations to be overseeing national championship-level events taking place within a multiplayer video game in addition to all the traditional disciplines that already fall under their purview? And, by the same token, should an e-racing ban extend to regular bike racing as well, as it did in Jeffers’s case? After all, people do all sorts of stuff online they’d never do IRL, and attempting to reconcile the Black Mirror-esque implications of real-world behavior versus avatar behavior seems way beyond a sport that already has enough on its plate when it comes to ethics.

There’s also a fair amount of irony in the manner in which which Jeffers cheated—by getting access to a faster bike he hadn’t “earned.” There’s no mechanism regulating access to equipment in regular bike racing. When you roll up to the start line on your six year-old bike with Shimano 105 and the rider next to you is on a $15,000 wind tunnel-tested superbike, nobody questions how she obtained said superbike, or whether using said superbike to gain precious seconds is ethical. Sure, if she stole the bike (which some may argue is closer in spirit to what Jeffers did) and was subsequently convicted of a felony she’d be in violation of USA Cycling’s Code of Conduct, but if she just happened to fall ass-first into a pile of money that’s perfectly fine. Cycling is by no means a meritocracy when it comes to equipment, and while you can theoretically “unlock” free upgrades by being awesome and obtaining sponsorship, you’re also free to walk into a bike shop or fire up your Internet browser to buy yourself a shortcut.

None of this is to say Cameron Jeffers shouldn’t have been disqualified in this particular case. Certainly he cheated within the context of Zwift, and cheating is cheating—if you commit tax fraud the IRS doesn’t care whether or not you filed your return electronically, because the tax code is the same in either scenario. Moreover, he also did so under the auspices of British Cycling, so it’s reasonable for them to ban him from all their events.

Still, as intermingled as our digital lives and our analog lives have become, most of us recognize there’s a clear (well, clear-ish) divide between the two. Unlocking a Tron bike in a video game doesn’t necessarily mean you’d cheat when shoulder to shoulder in an actual peloton of flesh-and-blood competitors. (Or hide a bike in the bushes to win a running race, for that matter.) And while it’s as silly for competitive cycling to ignore e-racing as it was for Blockbuster to dismiss Netflix, it may also be a little early to formalize the relationship with real national championship jerseys, given that the relationship between sports and esports is still evolving.

And in the meantime, the sport has much bigger discrepancies to address.