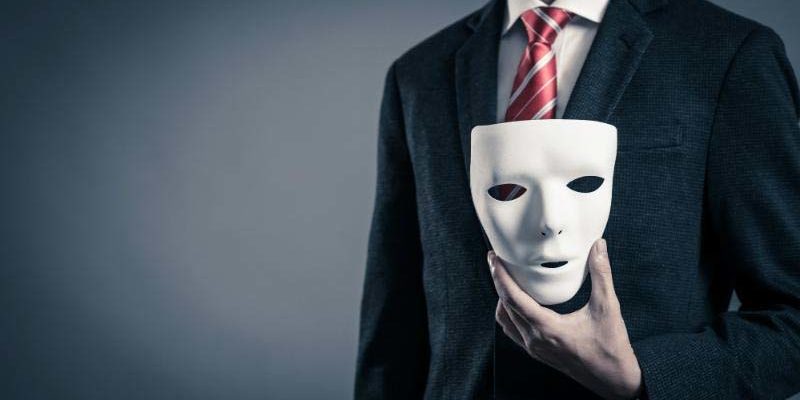 Have you ever looked around a room at work and realised one thing — you feel like a total fraud. It’s the creeping sensation of inadequacy which is usually totally inaccurate but which a lot of people find extremely hard to shake. Most people have found themselves in a situation questioning their qualifications to be there at some point — even people who are high fliers that you might never expect to to feel that way. The thing about ‘Imposter syndrome‘, as this phenomenon has been called, is that it doesn’t discriminate — it can happen to anyone, at any time, no matter how experienced they are.

If, despite every external evidence that you’re doing a great job, you still repeatedly struggle with feelings of low self-worth, it’s very likely that it’s happened to you. The phrase ‘Imposter Syndrome’ was first used by clinical psychologists in the ’70s to characterise those who suffered from a persistent fear of being seen as a fraud and who could not seem to internalise their own accomplishments. And it doesn’t matter how many accreditations, years of experience or glowing testimonials you have to your name, you just fear that one day, someone is going to discover that you don’t know what you’re talking about. Somewhat counter-intuitively, it’s often the highest achievers who most doubt themselves and seem unable to feel deserving of praise and recognition. There’s no doubt that it can have an intensely negative impact on your life, holding you back from achieving things you may always have dreamed of, or not letting you enjoy the fruits of your success. So, how do you put Imposter Syndrome back in its box and learn to let yourself shine?

Learning to control Imposter Syndrome instead of letting it control you is not about denying your experience. In fact, it’s key to acknowledge how you’ve been feeling, as managing the condition is a lot to do with awareness. When we deliberately try to suppress our negative feelings of inadequacy and shame, we keep them in the dark, where they fester and multiply. By shining the light of reality on them, we expose ourselves to the objective truth of the situation instead. Awareness allows us to change the way we think — and therefore the way we act. Being conscious of negative thought patterns allows you to challenge them using techniques such as Neurolinguistic Programming to reframe your thinking. After all, if you’re constantly reinforcing a message to your brain that you aren’t enough, then you’re fuelling that situation. Perception is reality. By understanding that Imposter Syndrome is driving those thoughts, you can challenge and reframe them into far more positive channels, and let yourself be open to different ways of handling the situation.

You’ll usually find that you aren’t alone in feeling as if you’re faking competence sometimes. As Imposter Syndrome can strike anyone, it’s very possible that people you’re close to, even those you think of as highly intelligent, could also be feeling that way. Opening up about how you feel can be extremely intimidating — after all, you’re already coming from a place of double and self-negativity, so to open yourself up by admitting how you’re feeling is to make yourself vulnerable. But sometimes, being vulnerable can actually give us power. If you share your concerns with a trusted colleague, a friend, or if you have managed to find a mentor, you may find that you’re not quite as alone as you might have imagined.

Confessing your fears takes the power away from them and begins to expose them to reasonable doubt, which others outside of your head can provide. It can also make you feel significantly less bad to have another person acknowledge your feelings and gently deconstruct them. People who can support you to feel more positive about your situation and your relevant experiences are always a huge plus — and if they’ve struggled with similar doubts and managed to overcome them, then you may be able to learn some really valuable insights.

Let Go Of Your Perception Of Failure

One of the things which unnecessarily paralyses us is the fear of failure. We build catastrophic scenarios up in our heads to the point where we’re afraid to even try, and it becomes paralysing. But what if failing wasn’t the worst thing in the world — and what if not trying at all was worse? Open your mind to the possibility that failure doesn’t have to be negative. In fact, when things don’t go right, we learn. And that is actually a majorly positive thing. A true leader isn’t someone who never fails — it’s someone who isn’t afraid to try. And if it all goes wrong? They take the lesson and come back stronger. The occasional setback doesn’t make you undeserving of success. Progress is learning as you go. Ask yourself what is really the worst that could happen. The answer is usually a learning opportunity — and is that such a bad thing?

The failures you have aren’t important, it’s how you bounce back from them and what you learn that really counts. As long as you act professionally it’s generally fine. Always keep in mind that no matter how much they plan no one really knows what is going to happen. In fact, if you’re even willing to try when things are uncertain, then that is hugely authentic and very admirable.

Although most occurrences of Imposter Syndrome aren’t grounded in reality, sometimes it can be triggered by specific areas of knowledge you may feel that you’re lacking. If so, tackle the source by booking in some training. Whether it’s improving your sales skills or getting advice on developing your IT strategy. Being a leader doesn’t mean having to know every aspect in minute detail – it’s more about having the self-awareness to acknowledge any blind spots and build them up. As your company grows, you will have to get comfortable in employing people who are more specialist than you in certain areas, but there’s nothing wrong with boosting your own knowledge, whether that is through a training course, online learning or seeking guidance from a mentor.

Sometimes the problem is actually more to do with self-belief. You may believe in your business idea, but do you have trouble believing in yourself? In these cases, try to address the mindset behind your issues. You could try listening to a motivational speaker, getting some podcasts on the go, or even routes like Neurolinguistic Programming if you’re really struggling with it all.

Accept the success you’ve had and learn how to be kinder to yourself. If you’re on the receiving end of compliments, don’t instantly dismiss them. People generally mean what they say. In fact, writing a few of them down or creating a folder of ‘job well done’ emails can really help when you’re feeling full of self-doubt. Take a quick look back and review your accomplishments — you’ve worked hard to be where you are. Don’t dwell overly on any negative feedback. Take on board any constructive points and use it as fuel to do better, but learn how to file it away mentally when it’s no longer any use to you. We have a habit of recalling negative feedback much more acutely than we do the positive things we will have heard, so try to create balance.

Never Compare Yourself To Others

Have you ever heard the saying ‘comparison is the thief of joy’? Well, it also applies to success in business. It’s not good to be overly concerned with where others are compared to your own position, especially if you’re just starting out. When you stack up your achievements to those of others and feel diminished by that, you have to realise that although it’s good to have an awareness — or even a competitor analysis — of what other people are doing, it isn’t good to overly focus on it at the expense of your own happiness. Keep in mind that everyone will have struggled at some point and encountered difficulties along the way — you may not be seeing the true picture.

It’s important not to let your fears slow you down, but to keep on pursuing the goal that you had in mind. Doubts tend to cause distractions, so you have to learn how to become emotionally resilient and not let it all pile in. It’s a true test of courage to pursue things when you’re feeling less than sure of yourself, so if you can continue regardless you’ll really have gained something. If you believe in something and you pursue it, then you’re on the road to being a true visionary. And that’s exactly the kind of leader that any business needs. So keep on course and you’ll be glad that you stayed the distance and created a lasting legacy. When you manage to put your doubts to one side, that’s when you can truly shine.