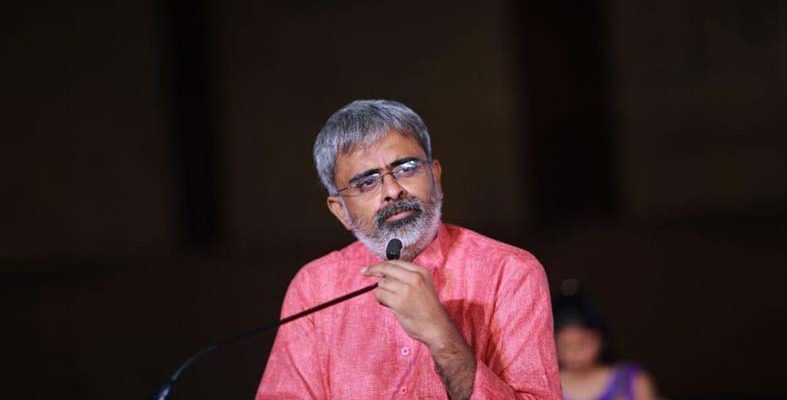 Among the many competitive exams in India, the UPSC or the civil services examination is considered as one of the toughest to crack. The success rate of clearing this exam is only 25 percent. In 2018, only 10,500 of the eight lakh candidates who appeared for the civil services preliminary examination qualified for the mains. Every year, among the candidates who appear for the exam, there are a significant number of visually impaired individuals. They can avail only 20 percent of the entire exam syllabus in braille. To address this concern, Akella Raghavendra, who hails from Hyderabad, started training visually impaired candidates in 2016.

Akella Raghavendra (Image: Efforts For Good) He has also published comprehensive study materials for the UPSC in braille and audiobook format, the latter a first in India. To accomplish this, Akella invested seven years on researching and studying ways to prepare the book. Speaking to Telangana Today, he said, “I have designed comprehensive, concrete, complete, and crisp material. Having seen that if there are too many books nobody reads them, I prepared a master file and an audio version. Everybody has a smartphone nowadays, so, every day, I upload two or three lessons which they need to learn that day. Monitoring what they have learnt is the third parameter.”

Akella himself was once an aspiring candidate for the civil services and gave his attempts for the exam between 1994 and 1999. Unfortunately, he missed the cut-off by just 12 marks, he said. “That’s when I analysed where I went wrong in spite of my hard work and understood the loopholes and flaws. But, by then, I had lost all my attempts. So, I decided to guide future aspirants in their UPSC dream and started my IAS coaching centre at Dilsukhnagar in 2001,” reports Telangana Today. Akella teaching his students (Image: Telangana Today) Also Read How this visually impaired woman from Karnataka scored 92pc in PUC exams, and also topped her c… The idea for the book came to Akella when he visited the US in 2016. Speaking to Efforts For Good he said, “I was amazed to see that they were offering so many facilities to visually- and physically-challenged students. That inspired me to develop something similar for Indian students.” After his visit, Akella along with his two visually impaired students Sagar and Sivaprakash, who are now preparing for the civil services exam, compiled around 30 to 35 must-read books for UPSC in an audiobook format.

The project was finally completed in early 2018, with Akella spending Rs 5 lakh from his savings. Speaking about his book to Efforts For Good, Akella said, “The final version of the book was published after incorporating step-by-step feedback from the two students and many of our volunteers. So, the book can be considered fool-proof. I am a bit of a perfectionist, you can say.” The audiobook, which is in English, is available for free on online-ias.com and can be accessed across the country.